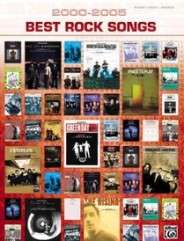 Distinguished by genre, each book in Alfred’s Best Song series provides the lyrics along with piano and chord arrangements for some of the most popular hit songs released during the first five years of the new millennium. Songs are listed alphabetically, making it easy to find the songs you’re looking for.